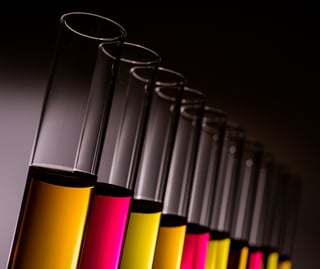 Governments around the world rarely shy away from regulating industries, but regulation of the oleochemical industry is surprisingly sparse.

That fact has both good and bad influences on an industry, which provides a wide range of products used in many markets. Globally, the market for natural fatty acids through 2022 is anticipated to see steady growth, according to an updated report from BCC Research. That steady growth translates to a compound annual growth rate of 5.6% through 2022, the report said.

“The global nature of the oleochemical industry is shown by the manufacturing capacity largely residing in Asia-Pacific, while the regions of highest demand are Europe (West, Central, East) and the Americas (North, Central, South) (which are) accounting for the bulk of the sales value at the manufacturing level,” the report stated.

Oleochemicals are derived from natural sources that contain oils and fats from vegetable and animal products. While oleochemical technology dates back more than 4,000 years—the Egyptians and Sumerians used fatty acids in the form of soap—the market today includes applications for textile washing, personal cleaning and industry.

Despite Widespread Use, Regulation Is Spotty

Despite the widespread use of oleochemicals, legislation regarding their production and use is relatively sparse and pertains mostly to their use in foods which could affect human health, as well as in pharmaceutical and personal care applications. In other words, regulations regarding oleochemicals generally comes through their applications—for instance, when they are used in biotechnology or renewable feedstocks.

“Governments and public opinion struggle with these different interests,” the BCC Research report states. “In general, politicians are less familiar with the oleochemical industry, which is a small sector compared to the large food and biodiesel industries. Laws and rules that they develop and implement have an often-unintentional impact on oleochemicals (e.g., the E.U.’s biomass legislation and Indonesia’s import duty).”

One of the main sources of regulation in the industry came in response to bovine spongiform encephalopathy (BCE—better known as mad cow disease), which was first reported in Canada in 1993 and worked its way into Europe three years later. The animal illness appeared to be transmissible to humans, where it could develop into a brain disease. It was thought that the disease could be traced to the use in food of sick cattle and sheep cadavers, although the true cause of the illness is still not definitively known. Nevertheless, the European Union developed regulations—the E.U. Animal Byproducts Regulation—which eventually affected oleochemicals.

“American- and Canadian-produced tallow was banned as a result of the BSE situation, and has yet to be lifted,” the BCC Research report said. “Tallow coming from Australia is also not allowed as long as the imports do not comply with the categorization and segregation of the products in line with the E.U. ruling.”

Other regulations, however, boosted the industry. For example, the European Renewable Energy Directive of 2009 included targets for reducing greenhouse gas emissions and encouraged the use of biofuels, which had a huge impact on the oleochemical industry in Europe.

In the United States, legislation on both the state and federal levels are targeted at renewable fuels—and although the rules were made in collaboration with refiners and biofuel producers, it’s creating issues for the oleochemical and fatty acids industry. Powerful players in the industry, such as Cargil and Wilmar Oleo, sought to intercede in the regulating process.

Despite the regulations—or perhaps because of them—the global market for oils and fats is expected to grow at a compound annual growth rate of 3.5% globally through 2022. Growth will be greatest in the Asia-Pacific region (5.5%) and slowest in North America (-2.7%). For more detailed analyses, insights and an overview of the global market for Oleochemical Fatty Acids, download the free report overview.