What is an LED? 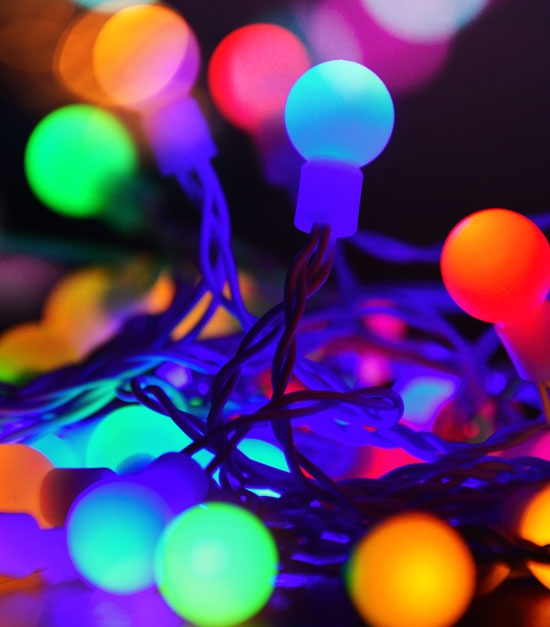 Light emitting diodes belong to a class of lighting technology called solid state lighting that use semiconductor diodes instead of filaments, plasma or gas for illumination. We have entered an era of advanced LED technology, and consequently, an enormous global market has developed for LED lights. The following blog, an excerpt from the BCC Research report “Solid-state Lighting: Technologies and Global Markets” provides a short introduction to LED technology.

A light-emitting diode (LED) emits light when a suitable voltage is applied. LEDs are optical semiconductor devices that convert electrical energy into light energy or photons. LEDs acts just like a normal p-n junction diode except LEDs are made of gallium, phosphorus and arsenic materials instead of silicon or germanium materials since silicon or germanium diodes do not produce energy in the form of light. Similar to p-n junction diodes, LEDs works only in forward bias condition. An LED has three layers: a p-type semiconductor and an n-type semiconductor separated by a depletion layer.

Light emitting diode (LED) technology works on the principles of quantum theory. According to quantum theory, when the electron comes down from higher to the lower energy levels, the energy emits from the photons. This photon energy is equal to the energy gap between these two energy levels.

Based on the color of light, wavelength radiation and light intensity, there are different LED products available in the market. The most important feature of the LED is color. Initially, only red colored LEDs existed, but as LED research and development progressed, different colors became available.

Blue LEDs – What makes them special?

Red and green LEDs have been available for about five decades; however, technological difficulties restricted the development of blue LEDs. In the production of white lamps, blue light plays an essential role. Three Japanese scientists, Shuji Nakamura, Isamu Akasaki and Hiroshi Amano, developed blue Gallium Nitride (GaN) LEDs in the early 1990s. The three scientists were awarded the 2014 Nobel Prize in physics for their revolutionary invention of highly energy efficient blue LEDs; their work lead to the emergence of white light LEDs. The desirability of white light stems from the fact that it has wavelength with very wide spectrums, making it suitable for practical purposes, unlike blue and red lights which have wavelengths within very specific spectrums.

The semiconductor used in red and green LEDs is gallium phosphide, while the one with the necessary band gap that would produce blue light is gallium nitride. Nakamura, Akasaki and Amano developed vital techniques that enhanced the procedures of gallium nitrite production. In doing so, they made blue LEDs possible.

The invention of blue LEDs meant that blue, red, and green could be combined to produce white LED light, which can function as a substitute energy-saving light source. LED-based approaches for white light sources include:

Presently, between 20% and 30% of all electrical energy consumed is used by lighting. The efficacy of LED light could considerably reduce this amount. Creation of white light can be achieved using blue LEDs with phosphor wavelength converters or by combining blue with red and green LEDs. It is estimated that a modern white LED lightbulb converts more than 50% of the electricity it consumes into light, compared to only 4% for incandescent bulbs.