The Origin and History of Synthetic Biology 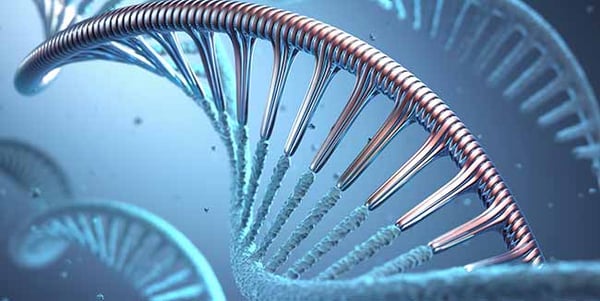 Synthetic biology. Those aren’t two words most people expect to hear next to each other. What does it mean? Why is it important? How does it impact our future?

To answer all of these questions, we need to go back to the beginning. Starting with the definition. As is pretty common with a new market, there isn’t just one definition. However, the top three that are listed below will help provide context as to what synthetic biology is.

From syntheticbiology.org, synthetic biology is the “design and construction of biological parts, devices and systems; redesign of existing natural biological systems for useful purposes.

And last but not least, European Commission has a slightly longer definition. “Engineering of biologic components and systems that do not exist in nature, and the re-engineering of existing biologic systems; it is determined on the intentional design of artificial systems, rather than an understanding of natural biology.”

While these definitions vary, there are similarities. Each version asserts that synthetic biology is the construction and use of biological components that do not exist in nature. Whether this means redesigning the existing natural biological system or engineering principles and constructing a biological system is where it differs slightly. It’s important to note that for all definitions, the purpose of it is an important element, with an emphasis placed on it utilized for ‘useful function’ or ‘useful purposes’.

In short, we can say that synthetic biology “uses engineering principles to redesign existing natural biologic systems for a given purpose.” – BCC Research.

History and Origin of Synthetic Biology

When was synthetic biology conceived and how has it evolved? While this a fairly new market, the term was actually coined back in 1970 by the renowned geneticist, Waclaw Szybalski. During the 70’s, fundamental work was being done that would allow for the development of DNA sequencing and synthesis technologies. It only grew from there.

Jumping a bit, we are now in the early 2000’s, specifically, 2004. The first conference dedicated to synthetic biology was held at MIT. This marks the moment where serious recognition of the importance of this field was given by the scientific community.

One year later, BioBricks Foundation was established. BioBricks is a nonprofit organization that catalogs synthetic biology parts that are utilized in synthetic biology, providing a key database of resources for the industry, especially for those working on constructing artificial biologic systems.

Jumping to 2013, London hosted the sixth annual synthetic biology conference, attracting scientists and companies from all around the world.

Only three years later in June of 2016, a group of leading scientists proposed a large-scale synthetic biology initiative. This led to the creation of the Human Genome Project-Write (HGP-Write). What this has allowed is for a large-scale genome synthesis project to be born. It’s significance to the history of synthetic biology likes in its likelihood to serve as a driving force for multiple applications for synthetic biology in the future. And because of that, we can also expect to see a significant price drop in the cost of DNA synthesis.

The last stop on this history tour takes us back to the U.K. It is now 2019 and a team of researchers at the Medical Council Laboratory of Molecular Biology became the first to synthesize, build and demonstrate that a 4-million base pair synthetic genome is viable. This is huge. This milestone’s significance lies in the future possibilities that have suddenly become extremely possible. Future creation of designer bacteria: virus-resistant bacteria for use as a production organism in the biopharmaceutical industry will be realized in the near future.

The impact that the evolution of synthetic biology has on the science field as a whole is not to be underestimated. Synthetic biology has created, and continues to create, a fundamental shift in how we think about biology and the creation of new paradigms.

The conventional approach which was to find what existed in nature has been flipped on its head. While nature provides an abundance of knowledge, and will always continue to do so, the idea of using synthetic, engineered and even disposable biological parts or systems is opening the door to a new realm of possibility. Opportunities for technology development and production in a variety of industries, including life sciences, industrial biotechnology and even the pharmaceutical market is poised to take off.

Dive deeper into the synthetic biology market with these resources: