The History of Spark Plasma Sintering and Other Advanced Sintering Technologies 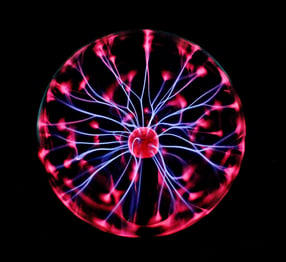 The following is an excerpt from BCC Research Report “Global Markets for Spark Plasma Sintering and Other Advanced Sintering Technologies” by Margareth Gagliardi.

The origin of spark plasma sintering is currently attributed to Arthur G. Bloxam, an English scientist who in 1906 developed the first direct current (DC) resistance sintering system for fabrication of electric incandescence lamp filaments from tungsten and molybdenum alloys.

In 1912, George Weintraub and Harold Rush from Lynn, Mass., invented a process for consolidation of refractory materials by passing a current through the material while pressure was applied to it.

In 1922, Alexander Duval d’Adrian, a French citizen resident in Washington, Pa., invented fused metallic oxides for tubes, crucibles and other refractory products based on materials such as zirconium, thorium and tantalum oxides that were sintered by passing an electric current through the article. He observed that when the article is placed between two carbon electrodes and heated to a red color by means of an electrical resistance, the oxide becomes conductive. At this point, a current with high voltage and amperage crossing the article can bring it to a temperature above 2,500°C that causes sintering of the piece quickly and at low cost.

In 1930 George F. Taylor from General Electric Co. (Niskayuna, N.Y.) introduced an apparatus for simultaneously pressing and sintering hard metal compositions, such as tungsten carbide/cobalt powder. The process was carried out in a vacuum or attenuated hydrogen atmosphere to remove oxygen from the powdered material. The powder was pressed in a cold mold made of electrically insulating material. Such a cold mold was considered able to withstand very high pressure anddid not react with the powder. The powdered material was heated by an electric current supplied through the upper andlower punches generated by a capacitor discharge. Some of its principles were many years later utilized for developing ultrafast electric current assisted/activated sintering (ECAS) methods.

Later, in 1962, a Japanese scientist, Kiyoshi Inoue, described a sintering process for metal particles using an applied pressure no greater than 100 kg/cm2, creating a space discharge between the particles resulting into an electrical spark. The spark causes partial ionization of the powder at their points of contact. The simultaneous application of pressure and concentration of heat at the interface between particles produces interdiffusion of material and initial fusion. It was observed that an increase of pressure after the initial spark promoted further densification of the material up to 99% of theoretical density. Inoue studied various types of electric currents in his system, including low-frequency alternate current (AC), high-frequency AC and pulsed DC, which became known as spark sintering.

Further development of systems based on pulsed DC and plasma formation led to the introduction of spark plasma sintering apparatuses. In the mid-1960s, the first studies related to microwave sintering were initiated, which led to industrial applications about 10 years later.

As summarized in the next table, SPS technology found little use during the next two decades, primarily due to high equipment cost and low sintering efficiency. Toward the end of the 1980s, small SPS units were introduced for research purposes. In the early 1990s, bigger systems with large DC pulse generators up to 20,000 Amperes became commercially available contributing to increasing interest in this technology for fabricating a new generation of materials and products. The first producers of industrial SPS equipment was Sumitomo Heavy Industries in Japan.

During the new millennium other advanced sintering technologies have been introduced such as flash sintering, an ultrafast process to densify ceramic oxides such as nanograined zirconia, which was developed at the University of Colorado at Boulder in 2010.