The Evolution of Smart Home Technology 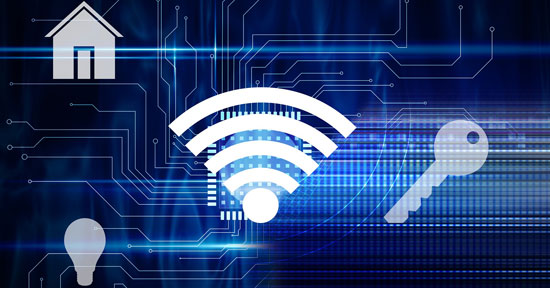 Smart home technology provides homeowners with security, comfort, energy efficiency and convenience. The term “smart home” is used to describe a residence that has lighting, appliances, heating, TVs, air conditioning, entertainment audio and video systems, computers, cameras and security systems that can communicate with one another and be remotely controlled from any room in the home, as well as remotely from any location via a smartphone or the internet.

An important feature of smart home technology is that it helps to conserve the earth’s limited resources. With time, people are becoming more aware of the capability of smart home technologies, as they make their homes smart and green using controllers that are integrated with the home sub-systems. Smart home technology also enables users to save energy by controlling lighting, HVAC systems, window coverings and irrigation. Homeowners can access the systems with the help of the internet from any corner of the world at any time.

The smart home is not a recent creation. It has been prevalent in the form of a concept among the consumers and industry experts. The smart home concept started with the invention of remote controls, unveiled by Nikola Tesla in 1898.

The early 1900s witnessed the industrial revolution, which paved the way for the introduction of the first home appliances. In 1901, the first vacuum cleaner was introduced, followed by clothes dryers, washing machines, refrigerators and electric dishwashers. These were not “smart” appliances, but their introduction was game changer for the people of the 20th century.

During the 1930s, inventors turned their attention to home automation technologies, but the idea didn’t materialize until 1966, when the Echo IV, the first smart automation system, was developed. This device allowed consumers to create computing shopping lists, control the temperature of the home and turn appliances on and off. Created in 1969, the kitchen computer could create recipes, but the device never became a commercial success due to its price.

The development of the microcontroller in 1971 resulted in price reductions for electronics devices, making the technologies more accessible. In 1991, a concept called “gerontechnology” was introduced, which combined gerontology with technology aimed at making the lives of senior citizens easier. Several new technologies were introduced in this sector during the 1990s.

The early 2000s were marked by the rapid increase in the popularity of smart home technology. Different technologies emerged and were slowly integrated in the homes. Smart homes started to become affordable options and therefore viable technologies for many consumers. Home networking, domestic technologies and various other consumer gadgets became available. Smart home automation is ubiquitous in the current market. Consumers are now able to control the heating, TVs, lights, doors and alarms via remote controllers and smartphones.

Smart home technology allows the use of computers to control the basic functions and features of the home either automatically or remotely. Smart home technology includes either scheduling or automatic operation of heating and air conditioning, as well as lighting and security systems. This technology enables users to control various functions via remote control with the help of a computer linked to the internet. The internet allows for home devices to be interconnected, thus enabling users to remotely monitor and manage systems and appliances.

In the last 20 years, smart home technologies have evolved significantly, making it possible for users to control and monitor their appliances even they are away from home. The technology can be used by anyone who has access to both the internet and the interconnected appliances in the home. Many real estate developers are now offering homes with smart home features. ECSI used the Savant systems smart host system to design a smart home in Minneapolis, Minn., with complete automation.

Smart homes are more about living greener and providing security. Smart home technologies can make homes sustainable and allow consumers to reduce energy spending. Interactivity and connectivity are helping families to manage their homes and lives. This technology is currently being incorporated into other sectors, including schools, offices, retail stores and airports. The market is expected to witness an increased demand for this technology in the coming years due to expanding awareness regarding smart home advantages.