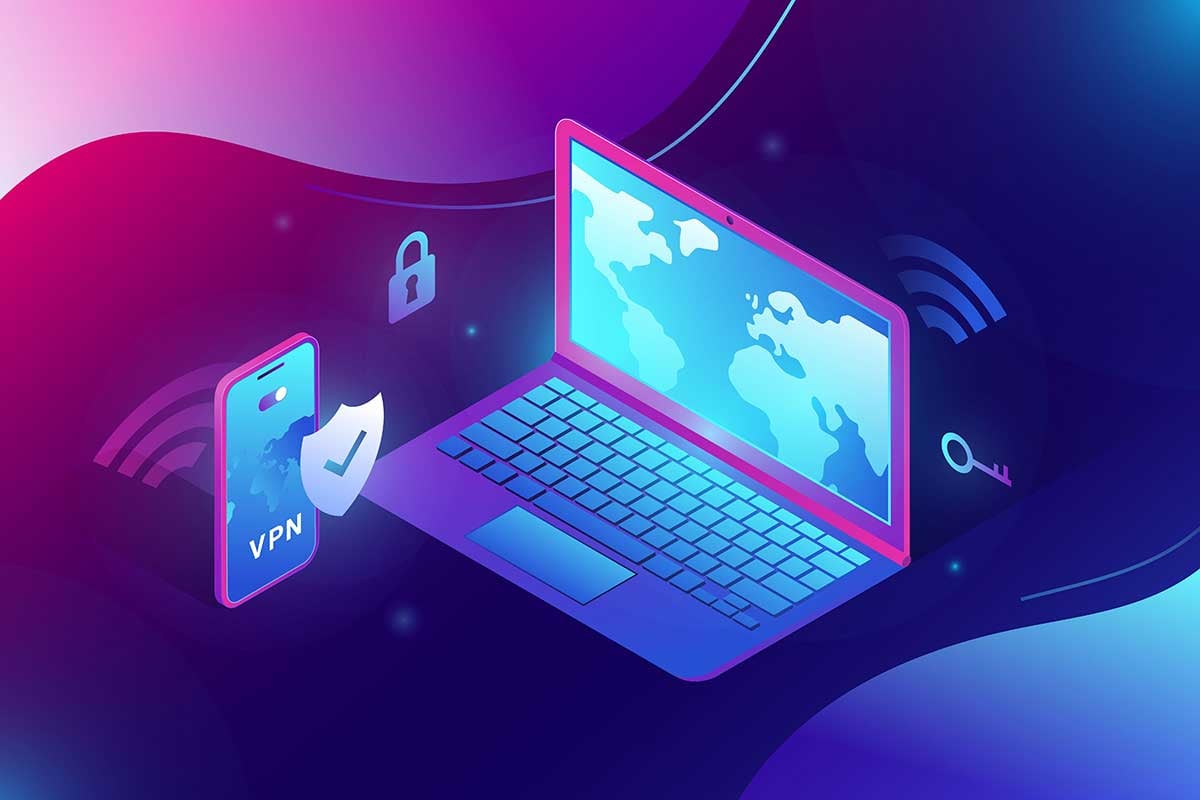 The proliferation of technology continues to permeate almost every aspect of human existence – as does the growing number of cyberattacks taking place globally. These threats are giving rise to the virtual private network (VPN) market, valued at $32.7 billion in 2021, and estimated to grow at a compound annual growth rate of 15.2% by 2027.

What are virtual private networks?

A Virtual Private Network (VPN) allows the average internet user to establish a private and secure connection with the internet. The VPN provides an encrypted tunnel that keeps user data safe, hides IP addresses so that a user can browse anonymously, and permits users to access an organization’s data remotely and securely.

VPNs are also capable of providing essential protection against external threats, such as cyberattacks. The encrypted tunnel a virtual private network provides means that only the user of a specific personal computer can access the data on it.

What are the benefits of a virtual private network?

VPNs have a multitude of advantages in both the home and the workplace. For remote work scenarios, virtual private networks are extremely useful in enabling employees to connect securely to their office PCs and access company apps and files, regardless of where they are located.

The history of virtual private networks may surprise you

VPNs can trace their origins back to the 1960s, when the U.S. Department of Defense initiated research and development to discover an electronic means of remote communication. This led to the invention of ARPANET, a packet-switching network, as well as the advent of Transmission Control Protocol/Internet Protocol (TCP/IP) – in other words, the beginning of the internet.

Then, in 1994 the first iteration of a virtual private network was created by Xu Wei. This VPN was used to verify and encrypt information packets. This encapsulating security protocol became a step towards the development of modern VPN technology.

In 1996, Gurdeep Singh Pall made the Point to Point Tunnelling Protocol (PPTP), so that people could connect to the internet safely from their homes – it’s this moment that is seen as the official beginning of the VPN, and indeed, the first phase of the virtual private network evolution.

The second phase of the VPN evolution focuses on large corporations – i.e. those who could afford it – adopting virtual private network technology. The use of VPNs at these companies enabled employees to communicate and share files between offices located globally – not too dissimilar to today’s function.

The third phase of the evolution of VPN technology began as the cost of establishing these network connections declined. Private users then became more aware of the benefits offered by VPN technology, which included protection against censorship, geographical blocking, data mining, hacking and more.

What are some factors driving the growth of the global VPN market?

There were 5.2 billion internet users in 2021. This growing number, coupled with both the rising demand for high-speed data connectivity, and indeed, the number of connected devices required is driving the demand for internet services, and in turn, the global VPN market.

Other factors include the growing importance of cyber security throughout the globe. This is expected to propel the VPN market, as is the increasing number of ways to exploit the public Wi-Fi, such as fraudulent hotspots, sniffing packets and malware.

The VPN global market is expected to grow rapidly throughout the forecast period. To download your complimentary copy of our report overview, or the purchase the full report, visit the website today.

To gain unlimited access to more reports from our information technology category, consider becoming a BCC member today. Get in touch with a member of the team to discuss the benefits of BCC membership by tapping the link below: