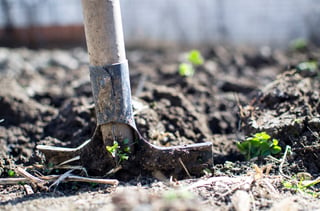 BCC Research identifies the controlled release of a substance as a niche application because it comes at a premium and it’s used only during selected applications. One such niche is the agricultural market.

In developing countries, the cost of fertilizer remains relatively high and can limit food production. But researchers have discovered a simple way to make a benign, more efficient fertilizer that could contribute to a second food revolution.
Urea is a rich source of nitrogen farmers often use as a fertilizer. But the organic compound, which is found in human urine, is water soluble, which means it breaks down quickly in wet soil and forms ammonia.
Rain or irrigation washes away the ammonia, which creates a major environmental issue because it can lead to excessive alga blooms in water ways. Ultimately, it enters the atmosphere before plants can absorb it as nitrogen dioxide, which is the main greenhouse gas associated with agriculture.
“Up to 70% of urea is lost to the environment,” says Nilwala Kottegoda, a materials scientist at the Sri Lanka Institute of Nanotechnology and lead author of the study.
HYDROXYAPATITE THE KEY TO SLOWING UREA BREAKDOWN
This fast decomposition also limits the amount of nitrogen that can get absorbed by crop roots and requires farmers to apply more fertilizer to boost production. However, in low-income regions where populations are expanding and the food supply is unstable, the cost of fertilizer can hinder additional applications and cripple crop yields.
Kottegoda and her colleagues sought a way to slow the breakdown of urea and make one application of fertilizer last longer. To do this, they developed a simple method for coating hydroxyapatite (HA) nanoparticles with urea molecules, which stops them from dissolving too quickly in water. Hydroxyapatite, a mineral found in human and animal tissues, is considered non-harmful to the environment. It’s already used in the drug industry to make capsules slowly release certain drugs.
The researchers found that in water, the hybridization of the HA nanoparticles and urea released nitrogen at a rate 12 times slower than urea by itself. In fact, when Kottegoda conducted field tests on rice farms in eastern Sri Lanka’s Sammanthurai, results showed that the HA-urea nanohybrid lowered the need for fertilizer by one-half.
As The Economist reported online, Kottegoda conducted tests on equal-sized rice paddies for four months. Some paddies received no fertilizers, others were fertilized with the pure urea equivalent to 100kg of nitrogen per hectare, while some received an amount of the HA-urea nanohybrid. All test plots had their phosphorus levels adjusted to equally match.
Plots that received no nitrogen-based fertilizer averaged 5.5 tons of rice per hectare. Plots that received urea alone yielded 7.25 tons per hectare. Plots fertilized with urea-hydroxyapatite managed 7.8 tons per hectare.
The researchers say their development could help contribute to a new green revolution to help feed the world’s continuously growing population and also improve the environmental sustainability of agriculture.
Results of the study were published in ACS Nano.
BCC Research estimates that the global market for controlled-release barrier materials reached $960 million in 2016 and should reach nearly $1.3 billion in 2021, registering a compound annual growth rate (CAGR) of 5.7% through 2021.
Written by Clayton Luz on Jun 8, 2017 10:00:00 AM