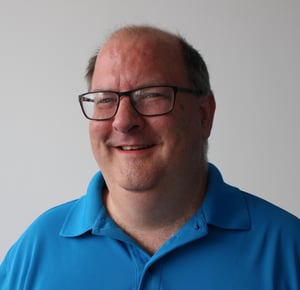 If you missed our webinar last month about the global market trends of lithium batteries, don’t worry. We conducted an exclusive Q&A with our lithium batteries market analyst, Christopher Frye.

Below are his answers to questions from YOU (our members, market stakeholders, academics and more).

Q: Will supercapacitors replace lithium batteries in the future for some fields?

Supercapacitors do have high power density, which means that power can be released more rapidly since it doesn’t require a chemical reaction as in the case of batteries.

For that reason, and with the recent innovations using graphene-based ultracapacitors, there may be applications involving electric vehicles where these may prove useful and beneficial. That said, even in these applications, supercapacitors are thought of as being complementary to electric vehicle batteries, not a replacement.

Q: Do you think solid state lithium batteries will have a huge effect on the batteries market?

A: Solid state lithium batteries have the potential of having a large impact on the battery market. Currently, those prototypes and products in the market are primarily in smaller, low power applications in wearables and IoT products.

It is likely at least 5-7 years before commercialization of these types of batteries expands to other products, though many OEMs in the automobile space are putting considerable investment into this research as solid-state batteries for automotive applications can provide better safety with much higher energy density.

The primary issue with solid state batteries is low conductivity at low temperatures. Achieving safety gains using solid state may also mean that ion transfer is compromised since liquid electrolytes can cover more surface area than a solid electrolyte. The other issue is manufacturing cost, particularly in processes that maintain high purity.

Q: What are the major pain points in battery separators?

A: From the perspective of the battery manufacturer, one of the primary pain points in developing battery separators is the amount of waste that occurs due to the fact that many suppliers provide in large bulk orders, by the square foot or square meter.

There aren’t a lot of studies out there that try to quantify this, but the report notes one production line reviewed where waste was over 50%. In the lithium battery space, battery separators are almost entirely polymeric materials with some glass mats still being used.

Other areas of pain points associated with these materials are cost and some of the technical challenges associated with striking a balance between mechanical performance and porosity properties.

The primary function of the separator is to restrict contact between the cathode and anode while allowing for passage of ions in the cell.

The best way to summarize issues associated with battery separators is to understand that the ideal requirements of a separator (i.e. large electrolyte uptake, thin thickness with strong mechanical strength, be electrochemically and structurally stable, be highly porous; and, ideally should be able to shut the battery down in the event of overheating).

Finding materials that satisfy all these needs is difficult, so manufacturers are left with trying to balance trade-offs.

Q: How do you see the market growing for thin and flexible batteries or batteries for the IoT? When do we expect to see all solid-state batteries get a reasonable market share?

A: Answering the second question is particularly difficult. Most observers appear to congregate around the 5-7-year mark for more substantial commercialization, and perhaps a few additional years to achieve a reasonable market share, though it’s unclear what is being defined here as “reasonable.”

Regarding the first question, the report does highlight some areas - particularly wearables and those using internet connectivity - where the use of thin and flexible batteries is growing.

Growth rates in some of these areas are higher than LIB overall (more than 15%). The primary areas of commercialization for solid state LIB at this point are in fact in low power applications for internet-connected sensors. Firms like Cymbet are already manufacturing these types of batteries for low power, small applications.

Q: What is the long-term view on how to cope with the lithium supply shortage and high cost?

A: In a word, finding other materials and developing battery formulations that use less raw materials; perhaps if you own an automobile company, ensuring you have a contracted long-term supply. Lithium, since it is not a commodity, is available in different grades and for batteries, requires purity, coupled with a market dominated by a few producers, makes it difficult to estimate current pricing, let alone forecasting.

The fate of the electric vehicle industry and growth in adoption is one of the primary linchpins that will dictate whether the supply discontinuities will have a major impact or not.

Q: Where does NM C811 reside in your assessment of the market for cathode materials, as opposed to other NMC formulations?

A: The report provides some detail for different formulations, though most comparisons are broader. The NM C811 formulation simply builds on what is already part of this market in the use of nickel-manganese-cobalt; this formulation uses more nickel than other formulations and therefore has a higher capacity.

It uses less cobalt (10%) so it is cheaper and less prone to supply chain issues, but the higher nickel content requires additional manufacturing costs. It also has some issues with degradation at higher temperatures.

All of that said, it is likely that this formulation (and others that mitigate trade off issues) will play a role in the lithium battery space. SK Innovation and LG Chem are, I believe, two of the larger players using this formulation.

We have more questions and answers with Christopher Frye to go, so stay tuned for Part 2!

Christopher Frye brings more than 20 years of research experience to his independent consultant practice, where he provides market research and business consulting to entrepreneurs and small businesses involved in technology. He has served in economist and statistician roles and has managed market research and product development teams across a variety of industry verticals. Christopher brings a wealth of experience in the electric utility, renewable energy and electric vehicle space, and has worked on several energy projects across the U.S. and parts of Latin America.