No Man is an Island. No Robot is Either: Co-Bots Enter SE Asia Market 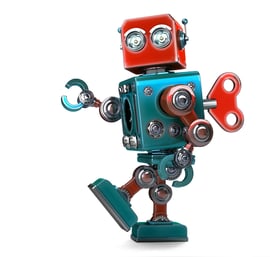 Poet John Donne's oft-quoted line refers to the notion that humans don't thrive when isolated from others. Although he was a Christian, Donne's concept is shared by other religions, principally Buddhism.
Take the island of Sri Lanka, for instance. Lying off the southern tip of India, the tropical isle has attracted visitors for centuries with its natural beauty. Now, the island and its Buddhist culture has attracted the company that introduced the first collaborative robot.
The launch of Universal Robots into the Sri Lanka market reflects the increasing growth of collaborative robots, or co-bots, which are transforming many manufacturing industries.
Technological developments of communication links and software have enabled robotic machines of different types and from different manufacturers to work in a collaborative fashion with humans.
MAN AND ROBOT, WORKING TOGETHER
In 2008, Universal Robots, a Danish robot manufacturer of industrial robot arms, installed the world's first co-bot at a Danish supplier of plastics and rubber for industrial applications. That company still uses UR robots, including UR's original model, which was updated to a second generation version in 2010.
Travis Hessman, editor-in-chief with New Equipment Digest, recalls that UR's robots were considered "a bit of an oddity at the time."
He says, "they ran without the cages and barriers of traditional robots, in fact, waving their arms through pre-programmed dances right over the heads of visitors. No one quite knew what to think of them. There wasn’t even a name for this kind of robot yet. No one thought it would last.  And absolutely everyone was sure that OSHA would shut them down before they ever got adopted. They were wrong.”
For a country like Sri Lanka, which is looking at a fast pace of development and at the same time would like to adopt cost effective, yet efficient technology, co-bots would benefit specially the small and medium-sized enterprises which form a major part of the nation's business eco-system.
Esben Ǿstergaard, UR's chief technology officer, says: “Collaborative robotic technology can be used to benefit all aspects of task-based businesses irrespective of their size. Our robot arms are advanced tools that can be used by all levels of production staff to help increase productivity, and quality."
The UR robots deliver all the advantages of advanced robotic automation with none of the traditional added costs associated with robot programming, set-up, and dedicated, shielded work cells. Unlike traditional industrial robots that stay hardwired in a cage, the lightweight UR robots can be moved around, automating high mix/low volume production runs.
Innovative force-sensing technology makes the robot stop operating when encountering an employee, eliminating the need for safety guarding in most scenarios. Eighty percent of the thousands of UR robots worldwide operate with no safety guarding (after risk assessment), right beside human operators, according to Pradeep David, UR India general manager.
David says that Sri Lankan companies are increasingly adopting collaborative robotics in their factories.
“The growth of the economy of a nation will be gauged by increasing productivity in industry as a whole and in future co-bots would be a critically important factor as Human-Robot Collaboration is an integral part of Industry 4.0.," je notes. "In a developing economy like Sri Lanka, automation in every field will enhance production and generate advancements in the technological sector.”
For more information about the burgeoning robotics industry, Robotics: Technologies and Global Markets  (ENG001E) analyzes the robotics industry by market region, by type of robot, by robot–user, by robot–assigned task, and by category of robotic product.
Written by Clayton Luz on Dec 7, 2016 10:00:00 AM