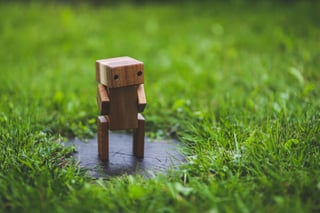 As Japanese automakers ramp up efforts to put autonomous cars on the road, a key supplier is directing its labors toward getting self-driving vehicles on factory floors.
Electronics behemoth Panasonic has developed a 3D light detection and ranging (LiDAR) sensor to automate mobile robots that move about factory floors. The sensor measures the direction of and distance to objects using a wide angle of view, which the company says “is critical for autonomous operation of mobile robots.”
Existing 3D LiDARs are unable to detect objects around them with wide-view angles, especially for the vertical direction. Panasonic developed the laser-scanning technologies utilizing its proprietary design of optical system and motor controlling technology to move the mirror. The 3D LiDAR employs a single laser and moving mirror that scans up to 60 degrees vertically and 270 degrees horizontally, which allows the robot to detect potential objects from ground to ceiling. The range of scanning angles and resolution can be tailored to conditions by adjusting the rotation angle and speed of the system’s mirrors.
As noted by autonews, the ability to scan in all directions using one sensor is important inside assembly plants that are chaotic with moving objects around, including people. Also, unlike conventional LiDARs, which use a combination of sensors to detect the ground condition, the 3D LiDAR cuts the cost of additional sensors.
Autonomous robots also require accuracy in detecting objects under strong sunlight. By making the return light follow the same path as the emitted laser, the 3D sensor system reduced the noise induced by bright sunlight. Panasonic claims its 3D LiDAR can be operated with high accuracy even under the light intensity of 100,000 lux, which corresponds to strong sunlight in the summer.
Panasonic plans to ship product samples in January 2018, with an eye toward mass production before March 31, 2019.
A variety of industries are beginning to adopt LiDAR equipment as the technology moves across applications such as archaeology, agriculture, atmospheric remote sensing and military. The growing demand has set the global market for LiDAR technologies booming, according to BCC Research.
In its October report, Light Detection and Ranging (LiDAR): Technologies and Global Markets, BCC Research estimates the market to reach $1.5 billion and $4.5 billion in 2017 and 2022, respectively, at a 24.0% CAGR.
For detailed forecasts on the LiDAR sector, overviews of new and growing technologies, information on emerging trends and factors influencing demand, download the free report overview.