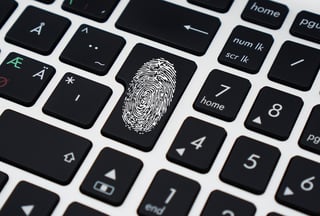 We match our fingerprints countless times every day when we access our smartphones through fingerprint readers. A clean, whole fingerprint is essential to perfecting this match. But as a forensic process, fingerprint analysis is a little dirtier, as it were. Latent prints from a crime scene often are smudged, distorted, incomplete and partial in their imprint. The result is a forensic science that often relies on subjective interpretations among expert practitioners.
Scientists from the National Institute of Standards and Technology (NIST) and Michigan State University (MSU) have developed an algorithm that automates a key step in the fingerprint analysis process. The system will help fingerprint examiners process evidence more efficiently while reducing the potential for errors.
“We know that when humans analyze a crime scene fingerprint, the process is inherently subjective,” says Elham Tabassi, a computer engineer at NIST and a co-author of the study. “By reducing the human subjectivity, we can make fingerprint analysis more reliable and more efficient. That means we will be able to study the errors and find ways to fix them over time.”
Currently, most law enforcement agencies use the Automated Fingerprint Identification System (AFIS), which utilizes digital imaging technology to obtain, store and analyze fingerprint data.  But poor image quality, a paucity of matching minutiae, or subjective errors sometimes can produce erroneous results.
“If you submit a print to AFIS that does not have sufficient information, you’re more likely to get erroneous matches,” Tabassi says. On the other hand, “If you don’t submit a print that actually does have sufficient information, the perpetrator gets off the hook.”
To build their algorithm, the scientists used machine learning, which requires large datasets for training and testing. Until now, large datasets of latent fingerprints were unavailable to researchers due to privacy concerns. In this case, the Michigan State Police provided the researchers with the testing dataset, after having first stripped the data of all identifying information.
“We’ve run our algorithm against a database of 250,000 prints, but we need to run it against millions,” Tabassi said. “An algorithm like this has to be extremely reliable, because lives and liberty are at stake.”
To get training examples, the researchers had 31 fingerprint experts analyze 100 latent prints each, scoring the quality of each on a scale of 1 to 5. Those prints and their scores were used to train the algorithm to determine how much information a latent print contains.
After training was complete, researchers tested the performance of the algorithm by having it score a new series of latent prints. They then submitted those scored prints to AFIS software connected to a database of over 250,000 rolled prints. All the latent prints had a match in that database, and they asked AFIS to find it.
This testing scenario differed from actual casework because the researchers knew the correct match for each latent print. If the scoring algorithm worked correctly, then the ability of AFIS to find that correct match should correlate with the quality score, NIST reports. In other words, prints scored as low-quality should be more likely to produce erroneous results—that’s why it’s so important to not inadvertently submit low-quality prints to AFIS in real casework—and prints scored as high-quality should be more likely to produce the correct match.
According to NIST, the scoring algorithm performed slightly better than the average of the human examiners involved in the study.
Their research was published in IEEE Transactions on Information Forensics and Security.
The total forensics sector—analytical instruments, fingerprinting, DNA identification, drug identification, computer forensics and all other niches—has become sizable and is growing fast.
In its October report, Forensic Technologies: New and Growing Markets, BCC Research estimates the total sales of forensic products and services in the United States will grow at a 7.7% CAGR from 2017 through 2022 to reach $19.2 billion in the end year.
For detailed market forecasts on the forensic science markets, overviews of new and growing forensic technologies, information on major patents filed and much more, download the free report overview.