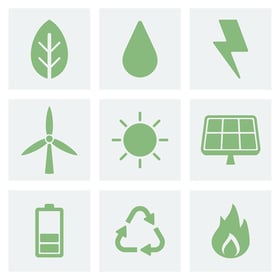 Many companies regularly recycle batteries in order to reduce both environmental pollution and waste. However, more and more companies have begun focusing their attention on recycling lithium batteries, in particular. Why? According to a recent webinar led by BCC Research analyst Srikanth Reddy, they’re everywhere.

“These growing requirements of lithium batteries have helped in the research and development activities by major companies,” Reddy said. “Also, there are a couple of start-ups coming into the market of recycling lithium batteries, so that is going to boost the growth of the lithium battery recycling market, especially in North America.”

In the webinar, Reddy shared three major processes that are currently used for lithium battery recycling: hydrometallurgical, pyrometallurgy and physical/mechanical. These distinct technologies help bring lithium-ion batteries back to life, so their materials can be recycled and reused.

While the benefits of lithium battery recycling include a reduction in waste, pollution and soil contamination, there remain a few key constraints inhibiting market growth. For one, lithium used in batteries must have a purity of over 95% which, as Reddy said, is quite high. Also, extracting the raw materials from lithium batteries is a costly process. One proposed solution to this restraint is government subsidy.

“The current government is looking into the kind of subsidies that they can provide to the manufacturers or recycling companies, so everyone can participate and invest in this new technology so that in the future there won’t be a lot of scrap lithium batteries which, again, drives us into environmental pollution,” Reddy said.

According to BCC Research, the current North American lithium battery recycling market was valued at $1.2 billion in 2018 and is expected to reach $3.2 billion by 2023 at a CAGR of 22.7%.