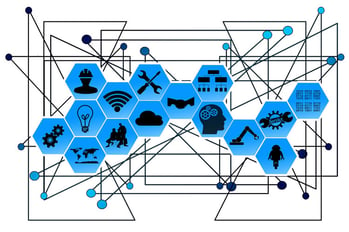 The internet of things is expanding at an astonishing rate—so alarming that there was fear of running out of IP addresses for internet connected sensors. Fortunately, IPv6 brought about 3.4x10^38 more addresses, and now, the sky is the limit when it comes to the number of connected sensors. Below is an excerpt from the BCC Research Staff report “Sensors for the Internet of Things (IOT): Global Markets.”

A sensor is a type of transducer. It provides various types of output, but typically uses electrical or optical signals. Sensors are used in everyday objects, such as touch-sensitive elevator buttons and lamps that dim or brighten by touching the base, in addition to innumerable other applications. The uses of sensors have expanded beyond the traditional applications of temperature, pressure and flow measurement. Moreover, analog sensors such as potentiometers and force-sensing resistors are still widely used in many applications, including manufacturing and machinery, airplanes and aerospace, cars, medicine and robotics.

Technological progress is allowing an increasing number of sensors to be manufactured on a microscopic scale as microsensors using microelectromechanical systems (MEMS) technology. In most cases, a microsensor achieves a significantly higher speed and sensitivity compared with macroscopic approaches.

Sensors convert physical phenomena into quantities measurable by a data-acquisition system and thus are an important part of any measurement and automation application. Sensors are being used in an increasing number of industries and applications, while continually opening up new fields of application. Today’s production technologies, modern vehicles, innovative medical sensors, smart power-supply systems and building technologies are inconceivable without sensors. Advanced electronic control systems provide sensor users with ongoing advances in sensor accuracy, reliability, response time, robustness, miniaturization, communications capability and efficiencies. Sensors also continue to improve in quality as they become more specific and robust. They are increasingly smarter and impart more information; yet they are becoming less expensive because of improved production methods.

Sensors are found in most areas of life today. The need for sensors is increasing dramatically with the ongoing boom in smart mobile communication technologies. Many companies are already researching novel types of sensors for these applications. Mobile phones with face recognition are already in the market. Cell phones with integrated spectrometers to measure food freshness are no longer inconceivable, even though today they still seem rather futuristic.

A wide variety of sensors exist in the IoT world. They are typically component-end sensors, such as blood-monitoring implants, biochip transponders on farm animals or cars with built-in sensors. The components are part of a larger system of data gathering, analysis and response.

An IoT system is made up of one or more sensors (or components) that gather data about a condition or an event. These sensors could themselves have one or more sensors gathering information. Each of these is connected to the internet via a direct connection, such as a cellular internet connection, or via an indirect connection, such as a Bluetooth interface to a tablet or smartphone that is connected to the internet directly or via a networking hub. These sensors may also talk to a hub or network router that provides internet connectivity within a home. Using similar technology, the sensors could also be connected to each other, allowing them to gather and act on data that they receive as well as data that they send.

A web interface is commonly used to communicate to these sensors, although some sensors have on-screen interfaces. There may be one or more applications in the cloud receiving data from these sensors. The applications process the data to produce meaningful results. Users can often access the information in the IoT system via an application running on the web.

IoT sensors in some instances may also have actuation capabilities, meaning that they can perform an action. An example of this would be a sensor that senses the presence or absence of people around the house, turns a lock on or off, and allows remote control of the lock via a smartphone or other means.

IoT sensors in essence are what used to be known as "embedded" sensors, and the amount of power that they consume is an important feature. Choosing computing platforms that consume as little power as possible becomes an important criterion. To minimize the impact of IoT sensors on energy consumption, low-power radios are necessary to connect to the internet. To address this requirement, a new range of chipsets, platforms and networking protocols has been developed.

A basic IoT sensor simply collects data and passes it on to the hub or internet for processing. A powerful IoT sensor, in comparison, can perform heavier tasks such as routing, switching and data processing, and it may have built-in intelligence. Therefore "low-end" IoT sensors need central processing units (CPUs) with low speed, while "high-end" sensors need powerful CPUs.

Since loT sensors are expected to generate large amounts of data that will be aggregated using data-management platforms on servers, the need for technologies that can index, store and process such data will increase. The processing requirements may also be in real time in some instances, meaning that there would be windows in which the result must be presented. This additional demand for data processing due to component sensors constantly sending information to the cloud or data-center platforms is the major connection between the loT and Big Data, which is the science of drawing valuable conclusions from massive data flows. For some loT applications, Big Data analytics is an essential part of the system.

Given the range of applications that the loT covers, a wide range of sensors is required. Some of the popular sensors in different segments are listed in the table below, followed by a brief description of some of the sensors. The list is not exhaustive, but rather is meant to provide a guideline for the reader. An loT sensor could have tens of sensors sensing multiple parameters depending on the application and the need to "sense." The accuracy of the sensors and the type of information generated are other areas of consideration when designing loT sensors.