China is one of the world’s largest and 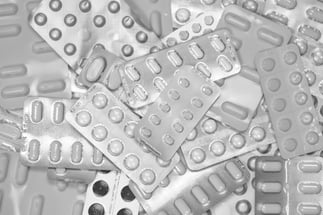 fastest-growing drug markets. At a five-year compound annual growth rate (CAGR) of 14.0%, BCC Research predicts that the Chinese drug market will reach $424.3 billion by 2021. At this pace, China is likely to overtake the United States to become the world’s largest consumer of drugs by 2025.

Infectious disease drugs comprise the largest segment of the overall Chinese drug market. BCC’s proprietary research reveals that the Chinese infectious disease drug market reached $29.6 billion in 2015, accounting for 14.7% of the country’s total drug sales of $201.9 billion. Strong growth will continue at a CAGR of 13.9% from 2016 to 2021, propelling this segment to reach nearly $61.7 billion by 2021.

There are more than 100 types of infectious diseases in China, and hundreds of drugs are used for their treatment. In China, the National Health and Family Planning Commission (NHFPC) collects data each year for the 39 most common communicable diseases. These include viral hepatitis, pulmonary tuberculosis, syphilis, bacterial/amoebic dysentery, gonorrhea, scarlet fever, brucellosis, human immunodeficiency virus, hand-foot-and-mouth disease, infectious diarrhea, influenza, and epidemic parotitis.

The demand for therapies for these diseases is driving explosive growth in this market segment. In 2015, more than 6.4 million people in China were newly reported as suffering from one of these 39 diseases and 16,700 people died as a result of them. This large number of patients has created opportunities for producers and distributors of infectious disease drugs, both in China and in other countries.

According to the NHFPC, 485,649 cases of infectious diseases were reported on the mainland in February 2017 and 1,409 people died. Nearly 279,000 cases were classified as Class B infectious diseases under China’s Law on the Prevention and Treatment of Infectious Diseases, resulting in 1,397 deaths. Viral hepatitis, tuberculosis, syphilis, gonorrhea, and bacterial/amoebic dysentery accounted for 96% of cases in this category. Category C diseases were responsible for more than 207,000 cases and 12 deaths. Infectious diarrhea, foot-and-mouth disease, and influenza were the most prevalent in this category, accounting for 94% of cases. [Xinhua]

“The 39 most common communicable diseases have relatively small market values compared with the more than 100 other infectious diseases,” says Jason Chen, BCC Research analyst. “Among these 39 diseases, viral hepatitis is the largest subsegment, accounting for nearly one-fifth of the total number of new cases of infectious disease found in China each year.”

Drugs used for the 39 most common communicable diseases will have relatively fast growth, at a CAGR of 15.1% from 2016 to 2021. The momentum stems mainly from the fast-growing population of patients who have received or who will receive treatment for viral hepatitis, pulmonary tuberculosis, and acquired immunodeficiency syndrome (AIDS). By major disease type, viral hepatitis could be the fastest-growing segment, with a CAGR of 17.7% over the next five years. Hepatitis B comprises the majority of the Chinese viral hepatitis drug market.

THE PREVENTION AND CONTROL OF INFECTIOUS DISEASES HAVE IMPROVED

In 2008, the Ministry of Science and Technology launched a national project aimed at better control and prevention of major infectious diseases, including AIDS and hepatitis. It will run through 2020. As a result of the project, China has established a vast national network for monitoring infectious diseases.

“Through integrating top resources for goal-oriented cooperation with the implementation of the project, China has made breakthroughs in key technologies in areas such as monitoring, testing, and verification of pathogens, as well as emergency treatment of patients,” said Qin Huaijin, head of science and technology at the NHFPC.

As the result of optimized strategies for hepatitis B vaccination, the percentage of children younger than 5 years carrying the hepatitis B virus in China has decreased to less than 1%, Qin said. Members of the project will intensify research in cutting-edge technologies used for testing and monitoring of infectious diseases, including technologies for testing new pathogens, so that China is better equipped to prevent and fight infectious diseases, he said. [Ecns, 3/22/17]

China registers approximately 900,000 new cases of tuberculosis every year and remains among the 30 countries with the highest incidence of the disease. The NHFPC said that by the end of 2016, 65 of every 100,000 people were infected with tuberculosis, a figure that experts consider high despite having dropped by 14% in the last six years. “China also plans to intensify research in the prevention and control of tuberculosis in the next few years,” the NHFPC said, adding that “a focus will be on research in preventive and curable vaccines for the disease.” China Daily