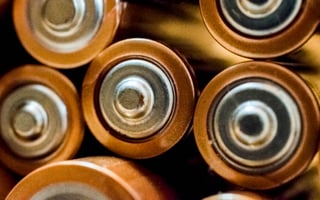 Sodium-ion batteries have powered their way into the energy storage conversation for a variety of reasons. But their low cost as compared with lithium-ion battery technology may prove the key driver of a sodium-ion battery market expected to hit double-digit growth rates during the next five years.
And the attraction may only get stronger, as researchers have developed a new technology that would help solve material sustainability issues by alleviating the mining of lithium—a diminishing resource—while providing a less expensive, viable alternative to lithium-ion batteries.
Min-Kyu Song and Yuehe Lin, professors at the University of Washington’s School of Mechanical and Materials Engineering, used tiny tin oxide nanocrystals supported on a graphene structure to improve the battery. The technology also could be used in lithium-ion batteries, making it more attractive for manufacturing.
Lithium vs. Sodium
Lithium-ion batteries are popular in everything from small portable electronics to electric cars because they can store a high amount of energy in a small volume. However, the lithium used to make them is relatively rare and expensive to mine.
Manufacturers have become increasingly interested in sodium batteries as the growing demand for lithium batteries has increased the cost of lithium precursors. Salt is ubiquitous and cheap.
In sodium batteries, sodium-ions, rather than lithium-ions, travel back and forth between the battery’s anode and cathode to produce electricity.
Although sodium batteries are unable to hold as much energy, their low cost makes them attractive for mid- to large-scale energy storage systems, such as solar power or wind farms. Manufacturers are also looking for ways to manufacture both lithium and sodium-ion batteries with only one type of anode material.
Tin Oxide Anodes
The use of tin oxide in the anode of a battery gives it the potential to store almost three times the energy of the graphite typically used in batteries. It’s also easy to make. But the downside is that tin oxide wears out quickly before it stops working.
Song and Lin were able to solve the degradation problem by making ultrafine nanocrystals of tin dioxide that were tightly bound to the 3D graphene structure. Their hybrid structure, which was robust, well-connected and porous, improved the transport of electrons and ions.
“It is all about how effectively the ions and electrons move,” Song says.
Sodium, Lithium Batteries Both Improve
The research demonstrated that the hybrid material not only improved the charging capacity and rate of both types of batteries but also “exhibited outstanding electrochemical performance,” according to Song.
The researchers also tested the materials in a full battery.
“We believe that these results are crucial in designing novel or improved electrodes, particularly for sodium-ion batteries,” Lin says. “This really opens up options for manufacturers.”
The findings were reported in the journal Nano Research.
In its January analysis, Sodium-ion Batteries: Materials, Technologies and Global Markets to 2022, BCC Research estimates the market to grow from $420 million in 2017 to $1.2 billion by 2022, indicating a compound annual growth rate (CAGR) of 23.9%.
This comprehensive report analyzes global market trends, with data from 2016, estimates for 2017, and projections of CAGRs through 2022. It also examines the sodium-ion battery market by technologies. The market by technology includes sodium-sulfur batteries, sodium-salt batteries, sodium-ion batteries, and sodium-oxygen batteries. End-users, raw materials, patents, and new technologies also are examined. The report also discusses the competitive landscape and includes profiles of the major companies and their product portfolios.
To learn more about this dynamic market, download the free report overview.