MMSE has an accuracy of about 85% and is normally done in conjunction with laboratory tests to raise the accuracy to 90% or above. Common laboratory tests include magnetic resonance imaging (MRI), computed tomography (CT), positron emission tomography (PET), examination of cerebrospinal fluid and gene detection. 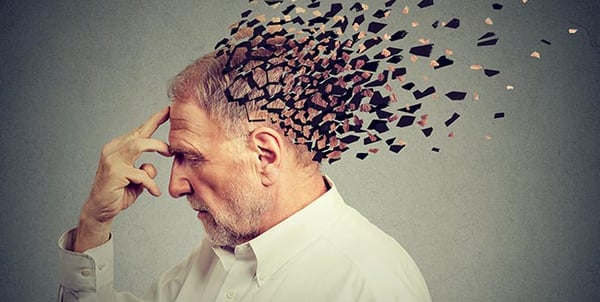 AI in Alzheimer Disease Diagnosis
Artificial Intelligence (AI) applied to disease diagnosis is also known as computer aided diagnosis (CAD). Recently, scientists at the University of Bari in Italy created a CAD program capable of evaluating very small structural changes occurring in the brain due to AD. They used 67 MRI scans to train their system, 57% of which related to AD patients and the rest to healthy people.

The algorithm also investigated the connections between neurons. After completing the training phase, the program was tested on a new sample and was able to diagnose Alzheimer’s with 85% accuracy.

In addition to neuroimaging, AI is being used to detect AD based on electroencephalography (EEG). EEG measures the brain activity, which is an indication of the condition of the brain. EEG is a non-invasive and inexpensive method that can also determine mild cognitive impairment with an accuracy of 94%.

EEG can also be fabricated as a wearable device with the recent advent of stretchable sensors based on nanowires. These sensors can be positioned around the forehead to record electroencephalograms, and utilize AI technology to single out AD patients from healthy individuals, representing a useful portable, real-time diagnostic system for AD.

AI is also used with brain-computer interfaces (BCIs). BCIs send signals from the brain to external devices. These signals are analyzed by AI algorithms and combined with other diagnostic methods to evaluate disease progression, achieve early detection and minimize diagnostic errors.

In addition to creating AD prediction models based on neuroimaging and EEG data, AI algorithms also used in other types of tests, including linguistic analysis of text messages, speech analysis and eye analysis by retinal imaging.

Most imaging techniques used for AD assessment (e.g., MRI, PET and SPECT) are expensive and require well-trained professionals. A more affordable method for diagnosing AD consists of recording a text reading sample from the patient, translating the text reading sample into a written text through an automated speech recognition (ASR) system, and processing the written text using a natural language processing (NLP) algorithm to determine whether the user has AD.

The NLP algorithm performs the following steps:
1. Collect a preset number of reading samples and classify them as belonging to either AD patients or healthy people.
2. Sort the words in the text according to their frequency; one set of high frequency words is extracted from the reading samples of the group comprising AD patients and a second set of high-frequency words is extracted from the group consisting of healthy people.
3. Use a linear classifier to create a learning model based on the two sets of data.
4. Utilize the learning model to determine whether a new patient has AD.

This diagnostic method has several advantages:

• Patient is tested only for a short time, typically a few minutes;
• No specialist is needed;
• Patient does not experience trauma;
• Test can provide early diagnosis of AD;
• Test requires less of a financial investment.

For more intel into the market for AI in Alzheimer’s Applications, download a complimentary overview of our full report.