A Beginner’s Guide to Biohacking 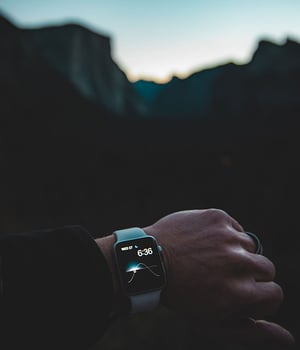 Today’s blog post is an introduction to biohacking—the market, technology, products, challenges and opportunities that are making a significant impact across many industries—adapted from our recent webinar, “Biohacking—Analyst Conversation,” featuring analysts Smruti Munshi and Antonio Regalado.

According to Smruti Munshi, “Biohacking is a crazy-sounding name for something not crazy at all: The desire to be the absolute best version of ourselves.” It refers both to innovative ways to enhance the ability of the human body and a social movement to take a stand against giant, established industries like big pharma.

Regarding the enhancement of the human body, the main difference between biohackers and those in the self-improvement world is the adoption of a systems-thinking approach to their own biology.

Biohackers know that if they want increased energy and focus, the ability to defeat disease or improve their memory, then they think strategically about what they put into their bodies and minds. Biohacking, in theory, allows people to amend their vulnerabilities or gain desired characteristics by taking certain actions.

For example, if biohackers desire a more restful sleep, they may explore products that block blue light emitted from their device screen. If they want more energy, they may try Bulletproof Coffee.

“We are a long way from radically altering the human body…but biohacking has definitely opened the floodgates in helping the advancement of variables and technologies,” says Munshi.

The prevalence of chronic diseases such as diabetes and cancer, an increase in stress levels around the world and the rise of the Happiness industry are major drivers of the biohacking market. As such, biohackers are exploring external agents to feel better and improve their performance, physically and mentally.

Regionally, North America holds a significant market share in biohacking in terms of the high prevalence of biotechnology and synthetic biology companies. Europe is not too far behind as the second largest market for biohacking. Biohacking is growing steadily though Europe, though the major barrier to growth is the region’s strict governing regulations.

Countries in Asia Pacific such as India and Australia have growth potential, though that growth depends on the ability of skilled research workers. Finally, biohacking in Africa is growing quite fast, as there is a high demand for affordable healthcare technology.

The global biohacking market is currently dominated by the following major players: FitBit, Apple, Synbiota, the ODIN, Thync and Moodmetric. These companies are engaged in several strategies such as product launches, partnerships and acquisitions to enhance their presence in the biohacking market.

While the competitive landscape and regional market share of biohacking is changing constantly based on the next big innovation, it is clear that the biohacking market as a whole will continue to grow for years to come.

One common critique of the biohacking market is that people will use biohacking strategies to commit acts of bio terror or other evil, such as creating and spreading disease, creating harmful substances and more.

According to Antonio Regalado, the FBI is tracking biohackers closely. “They do it in kind of a friendly way,” he says. “They sponsor events, they get them together, they kind of help them out, but of course they are collecting everybody’s name and phone number. They check in with the biohackers.”

Additionally, the FBI considers the intent of biohackers before flagging them for potentially dangerous behavior. The intent to cause harm needs to be present in order to take action against biohackers.

Regalado makes a point to remind the public that “terror” is in the word “bioterror,” meaning that if biohackers desire to cause harm, that usually means that they want to cause fear by doing something relatively small; they’re usually not interested in destroying cities. “The terror is the fear,” he says.

As of now, large-scale bioterror projects—"such as ordering strings of DNA and creating a virus within a university lab—is a team effort that involves all kinds of tasks and knowledge and is not possible today,” he says.

Given that the genetic modification of crops, meat and other products causes controversy among a variety of interest groups, it’s easy to think that small-scale biohacking projects—such as modifying yeast to improve certain characteristics of beer—would create similar divisions.
“I think that biohacking or ‘small-scale biotech’ could be likely to produce the products that you and I might have more affinity to. We could get a whole different series of products that are not going to cause outrage. I guess that is one of the hopes for biohacking. I think there is a big call for ‘kitchen biology’ that all kinds of the greatest people will come up with things that are useful and what people need and that people do not really have an objection to,” says Regalado.

Munshi offers a reminder that preventing those with harmful intent from pursuing biohacking projects or preventing projects that cause public outrage requires the market to integrate a culture of transparency. Transparency allows fear of potential hazards to be met with increased research and education, instead of closing the door on the profound positive impact that biohacking projects can have on health, the environment and the standard of living around the world.

She says, “Biohacking is still a gray area, and some even go so far as to call it pseudoscience with better marketing. Labs can be unstable risk zones, but I think transparency and increased research would really do a lot for this space.”