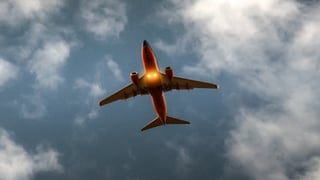 A new kind of ceramic coating could revolutionize hypersonic travel for air, space and defense purposes. Imagine traveling at Mach 5 (3,800 mph, 6,125 km/h) or above, which is at least five times faster than the speed of sound. (So what if your luggage gets lost? It’ll show up on the next hypersonic craft before you realize it’s missing.) Alas, it’s just a dream. When moving at such velocity, the intense heat generated by air and gas in the atmosphere can seriously damage an aircraft or projectile’s structural integrity. Temperatures hitting the aircraft can reach 3,000 °C (5,400° F).
Oxidation and ablation primarily cause these structural problems, which occur when extremely hot air and gas remove surface layers from the metallic materials of the aircraft or object travelling at such high speeds. Ultra-high temperature ceramics (UHTCs) may solve these challenges.
Researchers at the University of Manchester and China’s Central South University have designed and fabricated a new carbide coating that can resist temperatures up to 3,000 °C, far surpassing the ability of existing UHTCs.
Philip Withers, professor of materials at Manchester, says future hypersonic aerospace vehicles offer the potential of a step-jump in transit speeds. In theory, a hypersonic plane could fly from London to New York in two hours, revolutionizing commercial and commuter travel.
“But one of the biggest challenges is how to protect critical components such as leading edges, combustors and nose tips so that they survive the severe oxidation and extreme scouring of heat fluxes at such temperatures cause to excess during flight,” Withers says.
The team claims their carbide coating is 12 times better than the conventional UHTC, Zirconium carbide (ZrC), an extremely hard refractory ceramic material commercially used in tool bits for cutting tools.
The Powder Metallurgy Institute at Central South University made the ceramic, which was evaluated at Manchester. To produce it, the institute used a process called Reactive Melt Infiltration (RMI), which involves the penetration of elements including zirconium, boron and titanium into a matrix made of a composite of different types of carbon. High temperatures on ceramics typically drive off protective elements, leaving the remaining ceramic vulnerable to degradation. However, RMI produces a harder ceramic that’s more resistive to surface degradation at hypersonic temperatures than conventional UHTC materials.
“Current candidate UHTCs for use in extreme environments are limited, and it is worthwhile exploring the potential of new single-phase ceramics in terms of reduced evaporation and better oxidation resistance," says Professor Ping Xiao, Professor of Materials Science at Manchester. "In addition, it has been shown that introducing such ceramics into carbon fiber-reinforced carbon matrix composites may be an effective way of improving thermal-shock resistance."
The research was published in Nature Communications.
In its October analysis, Powder Metallurgy: Global Markets to 2022, BCC Research expects the global powder shipments market to reach 4.7 billion pounds (in volume) and $10.9 billion by 2022 (in value) from 3.6 billion pounds and $7.3 billion in 2017 at a 5.2% CAGR and 8.2% CAGR, respectively, from 2017 to 2022.
This comprehensive report analyzes the PM industry on a global basis, including manufacturing capability and consumption by regional markets. It also examines industry standards, government and industry support, and other key factors related to the success of PM. Technological issues and trends are projected and other influential factors are discussed.
To learn more, download the free report overview.