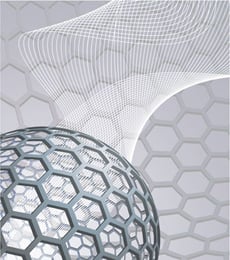 Nanotechnology research continues to increase our understanding of the opto-electrical properties of nanostructures. Precise control allows their use in semiconductor electronics at the interface to optical and electromagnetic systems, which can lead to high-performance and energy-saving processors.
According to BCC Research, much of the impetus for the development of magnetic nanocomposites stems from progress in the emerging field of spintronics, in which information is carried by the spin properties of electronics instead of conventional electron charge. The spin effect arises from the interaction between electrons and magnetic fields.
BCC Research estimates a large potential market for magnetic nanocomposites in spintronics applications, one perhaps approaching hundreds of billions of dollars in the long term for all types of spintronic devices.
Recently, a research group from the University of Hamburg, Germany, succeeded in substantiating electronic spin effects in wet-chemically generated nanoplatelets. The finding leads the researchers to believe the two-dimensional materials can be produced inexpensively and on a large scale in a chemical laboratory. The achievement also suggests that transistors and computer chips that are more powerful, consume less power and costs less than current iterations are possible.
The research team, led by Christian Klinke, studies the synthesis and characterization of two-dimensional semiconductor nanocrystals. The nanoplatelets are adjustable in their structure, but also in their optical and electrical properties (by quantum mechanical effects). This makes them interesting for application in solar cells and computer circuits.
Classical devices work based on the electron motion, but spintronic components function on the spin orientation of electrons. When light passes through special optical elements, it can become circularly polarized, i. e. the light receives a torque. The illumination provided by the circular-polarized light allows electrical charges to align with respect to their spin (torque) in semiconductor materials, and converts them into an electrical current without applying a voltage, an effect called the Rashba effect.
Klinke and his research team are particularly interested about this effect in their two-dimensional lead sulfide nanoplatelets. Because of the high crystal symmetry of the nanoplatelets, the effect usually isn’t observed. But the influence of an effective electric field breaks the symmetry, and a current can be measured. By varying the layer thickness of the nanoplatelets, the character of the light used, and the intensity of the electric fields, the effect could be controlled, the group discovered. This allows the conditions to be adapted specifically to the targeted applications, which enables the external manipulation of the electron spin.
"The findings are particularly valuable as it was demonstrated for the first time that basic effects of electric spin transport are also possible in wet-chemically generated nanomaterials," Klinke says. "This raises hope that also other interesting phenomena can be observed in these materials, which will contribute to improving our understanding of their properties."
Klinke and the group hope their findings stimulate further investigation into two-dimensional systems and their applications in the field of regenerative energies, information technology, and catalysis.
Results of the study were published in Nature Communications.
BCC Research estimates the global nanocomposite market, in value terms, to reach $1.6 billion and $5.3 billion in 2016 and 2021, respectively, demonstrating a 26.7% CAGR.
Written by Clayton Luz on Jun 17, 2017 11:00:00 AM