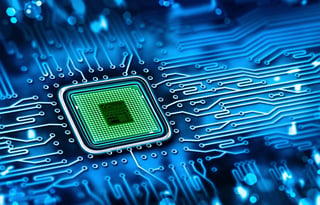 Hold the phone (smartphone, wearable device, virtual reality headset, and so forth) at least for the moment. Dell EMC want to see improved performance in the consumer and server capabilities, and have put their money squarely on NRAM.

At the Dell EMC World annual conference at the Venetian hotel in Las Vegas recently, Dell Technologies Capital disclosed a large number of investments in multiple intriguing technologies, but none more fascinating than Nantero. The size of the investment in NRAM has not be revealed, but it is yet another sign of confidence in a technology repeatedly ridiculed for being an unsound bet.

Dell EMC does not fit the frivolous gambler type. They have made a serious investment in their own future, and as described previously, we at BCC Research made a similar calculation. The chief variable, at this point, is just how big will NRAM pay out.

Opposites attract, and the results are becoming hard to ignore. Stay tuned, as we continue to follow the magnetic pull of a gravity defying technology becoming entwined within archly conservative and risk averse industries. It’s a story worth betting on.

See more on this topic below from our January blog post - Is NRAM Creating Market Volatility?

BCC Research has recently unveiled a new research report format: the FLASH report.  Shorter, and focused on recent news or industry developments that are under the radar, the inaugural report Is NRAM Creating Market Volatility? was released this week.
We spoke with Chris Spivey, one of BCC Research’s senior editors and co-author on the report.  Below are excerpts from the conversation
NRAM has been kicking around forever.  Why dedicate the report to it now?
The trigger was Fujitsu’s announcement it had licensed the technology to develop ‘breakthrough memory products for multiple markets’. Rather than fight alone, Nantero has enabled a host of competitors to attack entrenched positions.
Can you give us a small peek at why NRAM will hold the advantage vs. Flash, SRAM and DRAM in the coming years?   The key word is breakthrough. With NRAM we depart the word of silicon and embrace cell phones, laptops and even an internet, that is increasingly going to become carbon based organisms. Smaller components that work faster but require less energy are absolute winners.
Is there industry acceptance or skepticism about these predictions?
Great skepticism. It has had a long history of high hopes that went undelivered till now. However, this report reveals to the public for the first time actual chip architecture. Coupled to licensing announcements anticipated (early) in the first quarter of 2017, the tide will turn precipitously.
What is the most exciting aspect (scientifically speaking) of what is happening with NRAM? Movement to carbon from silicon, which can evidently be carried out seamlessly on traditional CMOS foundries and also, it seems, even in logic foundries. This ushers in an era of potential mass customization.
Who are the big winners if NRAM is a success? Mass customization, means a chip can be optimized for a specific task. Not only will this allow things like cheap abundant autonomous sensors for the internet of things, but the intellectual property of the manufacturing behind those sensors, will be owned by the people that imagined them. This is a paradigm shift of enormous importance in the semiconductor industry, but also in the phone industry, embedded ASICS for automobiles, headphones that store music intrinsically, and so on and so forth.
This is a different kind of report for BCC Research- how did these changes affect your approach to the research?  Topics covered in our traditional reports have a shelf life of two years or longer. While urgency is always an aspect, utility is based more on depth of coverage and rigorous methodology - always keeping in mind special conditions that apply to that market. FLASH reports are designed to respond quickly to an important moment in a technology evolution or market perturbation. It can be triggered by legislation, scientific discovery, product recall, or as in this case, a major licensing agreement announcement. FLASH reports aim to quickly provide the inside story, based on firsthand knowledge and analysis, to alert our readers to something important and actionable, but largely unreported.
Written by BCC Research Editorial on May 22, 2017 11:00:00 AM