Changing the Future of Biodiesel? 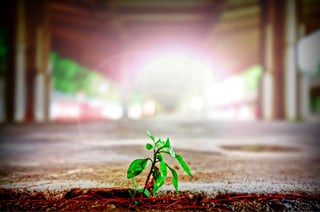 Scientists have developed a new way of refining a plant-based fuel that could work like fossil fuel-derived diesel in diesel engines. The discovery, made at Ruhr-University Bochum in Germany, broadens the use of renewable fuels while meeting European standards for diesel engines.
The study suggests that one of the biggest barriers to the adoption of biodiesel for use as fuel in standard engines is incompatibility.
Lukas Goossen, lead researcher, and his team developed a way to transform chemicals derived from plants into a biodiesel that meets the boiling characteristics standard set by the European Committee for Standardization for commercial diesel sold in the European Union.
Currently, commercial petrodiesel must contain at least 7 percent biodiesel, as mandated by the EU. However, conventional biodiesel doesn't work in standard diesel engines. About 95 percent of its constituent molecules are the same length, which means they boil at roughly the same temperature, according to LiveScience.com.
The key to the discovery was a mixture of catalysts that changed the size of the molecules in the fuel. Standard petrodiesel and biodiesel contain long chains of carbon atoms. The main difference between them is the length and size of those chains, noted the LA Times. Petrodiesel is a mixture of chains of various sizes and structures that boil at different temperatures, yielding a broader range of boiling. The chains in unmodified biodiesel all contain about the same number of carbon atoms, about 18.
"All engines were specifically made to fit this fuel," Goossen tells LiveScience.com. "Diesel fuel and diesel engines evolved together."
Because biodiesel molecules are equal in size, they boil simultaneously. But if the fuel boiled at the same time, it would damage the engine while producing harmful emissions. The standard EN 590 for commercial diesel fuel for powering standard diesel engines calls for a smoothly rising boiling point curve within strict limits that ensure optimal fuel ignition and combustion.
"This boiling point seemed to be a completely insurmountable hurdle," Goossen tells LiveScience.com. "Now, we are saying, 'How can we make a catalyst that just does this cheaper?' which is a completely different question to, 'How can we even come from biodiesel to something we can put in a car?'"
So, Goossen and his research team searched for catalysts that would generate the same boiling profile as petrodiesel molecules while consuming little energy. They used rapeseed oil methyl ester (RME) and ethylene in their reaction, which widely distributed the molecules and changed the boiling behavior.
They built a model diesel car and used the biodiesel to fuel it, to demonstrate its efficacy.  But Goossen admits the process is expensive; the catalysts are short-lived and unsuitable for high-value chemical products. At least for now.
Also unknown is whether the new biodiesel will degrade petrodiesel engines over time. Goossen says more tests are needed. Another potential problem is that the reaction doesn’t remove esters, certain oxygen-containing components that attract water and could adversely impact the transport and long-term storage of biodiesel fuel.
Study results were published in the Science Advances.
BCC Research estimates the global market volume for refinery catalysts should reach 2,234.3 metric kilotons by 2021 from 2,019 metric kilotons in 2016 at a compound annual growth rate (CAGR) of 2.0%, from 2016 to 2021.
Written by Clayton Luz on Jun 20, 2017 3:47:51 PM