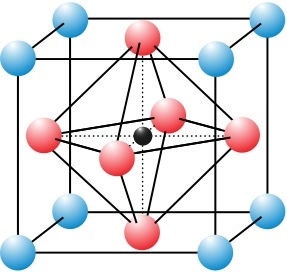 The origin of perovskite solar cells can be traced back to 1839, when a German scientist, Gustav Rose, during a trip to Russia, discovered a new calcium titanate-based mineral in the Ural Mountains, which was named “perovskite,” in honor of the Russian mineralogist Lev von Perovski.

As summarized in the next table, approximately half a century later, H.L. Wells et al. at Sheffield Scientific School – a pre-World War I unit of Yale University – prepared the first synthetic halide perovskite based on cesium and lead, although its perovskite structure was determined only during the 1950s by C.K. Møller at the Royal Veterinary and Agricultural College in Copenhagen, Denmark. Møller also observed photoconductivity in this material.

Meanwhile, researchers at Philips (Eindhoven, the Netherlands) and Western Electric (New York, N.Y.) introduced oxide perovskites for use in condensers and electromechanical transducers. Starting in the 1950s, research and development related to oxide perovskites flourished, leading to the introduction of these materials in the fabrication of various products, such as fuel cells, glass-ceramic articles, catalysts, gas sensors, heating elements, lasers and superconducting devices, in addition to increasingly popular multilayer capacitors.

In 1978, D. Weber at the University of Stuttgart in Germany developed the first organic-inorganic halide perovskite, in which methylammonium ions replaced the cesium cations in the original halide compound synthesized by Wells et al. in 1892.

In 1999, M. Chikao et al. at the National Institute of Advanced Industrial Science & Technology (Tokyo, Japan) reported the fabrication of an optical absorption layer for a solar cell using a rare-earth-based perovskite compound.

The new millennium began with a sharp increase in research activity related to perovskite solar cells, leading to the introduction of new material formulations and fabrication methods, and the first steps in their commercialization.

For more detailed information on Perovskite Solar cells, their history and global market forecasts, download the report overview for EGY144A.