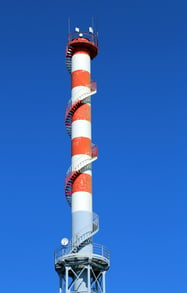 Improvements in the efficiency and environmental friendliness of gasifiers, as well as technology modifications, are ramping up use of gasifier technology throughout the United States.
One such project, Mississippi Power's energy facility in Kemper County, Miss., began generating its first power using combination of syngas and natural gas in October, according to Power Magazine.
Thomas Fanning, CEO of Mississippi Power’s parent company Southern Co., says, “After decades of research and years of hard work at the site, we are thrilled that the Kemper County energy facility, the world’s most advanced coal plant, has generated electricity using syngas."
Once it's operational, the Kemper Project will be a first-of-its-kind electricity plant to employ gasification and carbon capture technologies at this scale.
STATE-OF-THE-ART TECHNOLOGY
Gasification is a technology by which thermal breakdown is accomplished in a controlled, oxygen-starved atmosphere, BCC Research reports in Global Markets for Gasifiers. The final products are gases, which can further be cleaned and then burned to produce energy, thus controlling and reducing toxic by-products while improving the efficiency of energy capture.
The Kemper facility uses transport integrated gasification technology, or TRIG, to produce syngas from lignite to yield electricity. TRIG produces gas that can be used to generate electricity while enabling the removal of emissions like carbon dioxide that otherwise would end up in the atmosphere.
TRIG's high-efficiency design circulates unconverted-to-gas lignite in the initial process back for a second round of gasification. This allows a high rate of lignite-to-gas conversion to occur at a lower temperature, and at a lower cost than other gasification technologies.
The lignite is sent through a device called a gasifier where it undergoes a chemical reaction creating a synthesis gas. The gas is then used to generate power by firing it in a gas turbine.
Lignite, a soft, brownish-black coal that accounts for more than half of the world's vast coal reserves, offers a more robust method than most existing coal-gasification technologies.
The Kemper project, when completed, is expected to capture 67% of the CO2 generated.
FUEL DIVERSITY
Mississippi Power added Mississippi lignite to its mix of natural gas, coal and renewables, which the company believes will add even flexibility and control over future fuel costs.
Mississippi lignite, an abundant, affordable natural resource, is not subject to the price volatility and transportation costs associated with other fuel sources will fuel the Kemper plant.
With a 4-billion-ton reserve in Mississippi, using lignite helps diversify Mississippi Power's energy resources. The fuel diversity of natural gas, coal, renewables and lignite protects customers from overreliance on any one fuel.
Mississippi Power customers currently receive about 70% of their electricity by natural gas.
The Kemper project, awarded to Southern Company Services under the U.S. Clean Coal Power Initiative, was developed at the Department of Energy’s (DOE’s) Power Systems Development Facility at Southern Company Services’ Wilsonville, Ala., plant.
Mississippi Power, a subsidiary of Southern Company, produces energy for more than 186,000 customers in 23 southeast Mississippi counties.
Written by Clayton Luz on Dec 15, 2016 10:00:00 AM