Brief History of LiDAR, Its Evolution and Market Definition 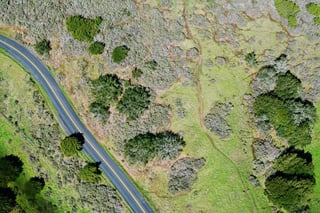 The following is an edited excerpt of the BCC Research report “Light Detection and Ranging (LiDAR): Technologies and Global Markets” by Sinha G. Gaurav.
Light detection and ranging (LiDAR) is a technology for measuring positions of different objects rapidly. This technology is analogous to radar, which uses microwaves or radio waves, but LiDAR technology uses waves in the visible spectrum for measurement. LiDAR uses a laser to illuminate the target objects and analyze the reflection occurred. Since it uses a narrow laser beam, information on very small targets with high resolution can be gained very quickly. This technology is superior to photogrammetry and has thus gained significant traction for its measuring capabilities.
LiDAR utilizes visible, ultraviolet or near infrared light to picture objects. It can focus on an extensive variety of materials, including non-metallic items, rocks, rain, clouds, chemical compounds, aerosols and even single molecules. A narrow laser-beam can map physical features with very high resolutions; for example, an aircraft can map terrain at 30-cm (12-in.) resolution or better.
During the 1970s, laser-based remote sensing began with efforts by NASA that focused on the airborne prototypes for subsequent space borne sensor deployment. The efforts were largely aimed at gauging properties of the ocean water and atmosphere, ice sheets and the forest canopy for topographic mapping. The scientific uses of LiDAR have continued to evolve. Scientific investigations at universities such as Stuttgart University in Germany have proved the high geometric accuracy of a laser profiler system.
In mid-1980s, the lack of reliable commercial global positioning system/inertial measurement unit (GPS/IMU) solutions for sensor positioning presented bottlenecks for further development. The demands for GPS/IMU systems for their use in aerial photogrammetry increased rapid development of these direct dereferencing technologies. Companies that offered ground GPS survey services and equipment began developing new airborne kinematic GPS solutions. The GPS satellite communication reached full configuration, providing the coverage needed for widespread operations. High-accuracy IMUs became available as certain military missile guidance systems were declassified.
By the mid-1990s, manufacturers of laser scanners were delivering LiDAR sensors that were capable of 2,000 to 25,000 pulses per second to customers who intended to use them for topographic mapping applications. Though primitive by today’s standards, these instruments were robust enough to authenticate the growing belief that LiDAR technology was the way of the future. LiDAR systems at that point of time were delivering dense data sets, which could be achieved by photogrammetry or ground survey. The geospatial users were largely interested in using LiDAR data to map the earth’s surface and to feature extraction (roads and buildings) as forest canopy characterization.
LiDAR was introduced for mapping high-resolution terrain, and feature data were generally produced using photogrammetry. Lower-resolution products were produced with radar or spaceborne stereo imagery. Although radar is very efficient for large areas and unique in its ability to penetrate cloud cover, it was expensive to mobilize and required highly specialized expertise for data processing and interpretation. Radar also had certain limitations for measuring ground elevation beneath the forest canopy and buried artifacts in very steep terrain and dense urban areas. The ground coverage of an airborne LiDAR sensor is very similar to that of a traditional aerial camera, so photogrammetric methods of flight planning could be directly applied to LiDAR. LiDAR was also capable of looking between trees in the forest areas, where photogrammetric technicians had difficulty interpreting the elevation of the ground, and the development of end products from the dense LiDAR mass points is much like photogrammetric data processing. LiDAR presented a fast, accurate and direct (not inferential) method of generating 3D data, so as the cost of instruments and services stabilized, it quickly became an attractive mapping solution.

LiDAR, which is also known as a detection system and laser range that allows airborne, terrestrial or mobile scanning, and provides detailed digital models of terrain, also records landscape in 3D. LiDAR enables the measurement of a high density of points covering wide areas. By using LiDAR, natural interpretation becomes less ambiguous because of the accuracy of the data, thereby lowering the cost of survey creation.
In the last 20 years, LiDAR has evolved significantly such that it is now possible to do a statement of over 1 million points per second within 5 mm accuracy. The technology can be used by land surveyors and engineers. Several tools are used depending on the projects. LiDAR is used to manipulate the point cloud and sting points: like a streetlight, a sidewalk, remove items that should not be there. Technological innovation in LiDAR is expected to catapult the growth of the LiDAR market in the coming years in varied applications such as infrastructure, transportation, transmission lines and flood mapping among others. The application of LiDAR is anticipated to grow beyond their existing usage and impact the social, health, environmental and economic spheres of human life.
For more information on LiDAR technology and the future of this robust market, download the free report overview.